Urban Tactics is a professional, self-defense instruction gym that teaches techniques and essential defense skills to people of all ages and abilities. We provide free training for victims of violence, so they can better defend themselves should similar situations arise.  Urban Tactics is committed to helping people learn how to defend themselves in a variety of situations such as kidnapping, abuse, sexual assault, abduction, rape, and domestic violence.

Hi. My name is Derick Coultas, co-founder of Urban Tactics. I thought it would appropriate to share my story with you so you can understand why we started Urban Tactics.

Back in 1999, I attended Macomb Community College for the police reserve academy. In 2000, I started as a reserve with the Centerline Police Department. Fast-forward to 2007, when I was shot in Detroit on the job.

It was a two-on-one situation. The first guy approached me with his gun out. The second guy went behind me. I told them that I didn’t have any money. The look in his eyes and the body language told me that he was going to shoot me.

I instinctively started to use the tactics that I learned with the police department.

As he started to raise the gun, I tried to strip it from his hand. At this time the other guy was punching me from behind. As I was fighting for the gun I took my left hand off of the first guy, to grab the second guy and use him as a shield.

That’s when the gun fired. The bullet went in through my stomach, then out, then back in my leg — lodging just millimeters from my femoral artery.

The second guy told me to let him go, I did and they ran off. I tried to get up to my feet but fell right back down to the ground. I had to crawl to a nearby gas station for help. The store owner called 911 several times due to a busy signal. Finally, an ambulance arrived.

While in the ambulance my femoral artery burst. Not good.

Even after several surgeries, I developed Complex Regional Pain Syndrome (CRPS) in my right leg. I spent the next few years in recovery, researching for a more efficient way to defend myself and others. That is when I found Krav Maga.

Krav Maga is the official hand-to-hand combat system of the Israeli Defense Forces, and is widely regarded as the best self-defense system because of its efficient, no-nonsense, tactics that emphasize instinctive movements, practical techniques, and realistic training scenarios.

During my recovery period, Lapeer Sheriff, Ron Kalanquin, came to my house to interview me because I applied for a reserve position at the department. I proudly work as a reserve officer for the Lapeer County Sheriff Department & Centerline Public Safety to this day.

I wanted to help others who have been victimized, so my wife, Michelle, and I started Urban Tactics. We currently work with disabled people, law enforcement, corrections, & victims of violence.

We opened up our first training center in March 2017 and we’re excited to teach others how to effectively protect and defend themselves.

I hope we can help you out! 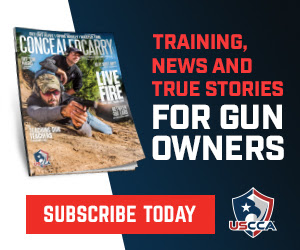